The existence of opposition and critics in a democratic polity is indispensable for the key roles they play. They hold governments in check and scrutinize how government policies are formulated, administered and implemented. Further, they criticise how a government falls short in fulfilling the promises it made during and after the election periods.

Indeed, responsible and effective opposition serves to keep the government alert and pressures it to conduct its business with due care and vigilance. More importantly, they shield against the predations of incumbents, the misuse and embezzlement of public resources, and the contravention of laws. They also strengthen a culture of a participative and informed citizenry. It goes without saying that a country’s political life cannot thrive without a proper opposition.

Somalia’s first democratic constitution (adopted through plebiscite in 1961) has contained provisions that unambiguously promulgate the rights of opposition in the body politic. This has attracted global commendation for such democratic provisions, in a time most newly decolonized countries were sliding toward dictatorship and opposition suppression. In the nine years of the civilian governments (1960 – 1969) under this constitution opposition parties and critics emerged until the fall the democratic polity in 1969 following a bloodless military coup.

Although opposition was a hallmark of this period, how the different administrations dealt with them varied from one government to another. These governments were formed and administered by the dominant Somali Youth League (SYL) party, which enjoyed a sweeping majority in the national assembly during the life span of the civil administration. The opposition parties maintained a small proportion of the assembly members that enabled them to voice loudly their harsh criticism against the ruling party.

Under the presidency of Adan Abdulle Osman (Adan Adde), and his two premiers – Abdirashid Ali Sharmarke (1960-1964) and Abdirisak Haji Hussein (1964-1967), the opposition were vibrant and active in courageously criticising the behaviours and policies of governments. The government, in its turn, was tolerant to listen to their views, judge them prudently and reconsider the issues they raised. They did not employ extrajudicial means to curb their voices in the assembly, harass or intimidate them while on the way to the assembly, or other tactics characteristically employed by undemocratic governments to impede the performance of opposition functions.

However, this period was not wholly without actions taken against the opposition and government critics. Most incidents occurred during municipal and parliamentary elections campaigns, on the election days, and after results were announced publicly. In the election campaigns, opposition parties and independent candidates were subjected to constraints in reaching out to the electorate scattered in different parts of the country. Here the ruling party misused the power of the police, which was unwaveringly loyal to SYL. Further, among the stumbling blocks put in the way of the opposition was a deliberate delay in registering opposition parties’ candidacy lists to election officials at districts and regions. Similarly, the ruling party did not allow opposition parties to air their programs on state run media to reach voters dispersed in the country.

The opposition did not fare well under Abdirashid’s presidency and his premier, Egal. Things were seriously unravelling due to the two leaders’ persistent and diehard endeavour to tighten their hold on power. This led them limit the political space and suffocate the opposition parties to the extent that police forces were stationed at their headquarters and electoral laws were adjusted to ensure that no opposition could aspire to run against them. This eventually forced opposition parties to merge into the SYL.

Conversely, opposition parties were characterised with negative connotations as being ineffective, apathetic, non-ideological, unprincipled, rent-seeking, toothless institutions that could not dare challenge the deep rooted and entrenched ruling party, which had been at the helm since the Italian Trusteeship Administration.

After this flawed democracy further declined, the military came out from their barracks. Under the pretext of national salvation from total political implosion, they seized power at the barrel of the gun and took drastic steps to suspend the constitution, and henceforth outlaw parties and all the other democratic instruments the previous period had been known for.

During this 21 year repressive rule, any opposition – inside or outside the ruling junta – was dealt with by firing squad or beheading. This created terror among the civilians and those who wished to criticise their amoral behaviour.

After the ousting of this regime in 1991, Somalia plunged into stateless violence until a transitional government was installed in 2000 at Arta, Djibouti. At that time no organized political opposition existed. Instead clan warlords were ruling fiefdoms in Mogadishu. The subsequent transitional governments have not had political opposition but have been grappling with armed groups who challenge the government’s rights to rule.

Opposition exists in parliamentary democracy settings, where a single party or coalition, forms government and enjoys majority in parliamentary. In that context those other parties who are not part of the government become the opposition. But in Somalia’s context, parliament is selected or elected through the 4.5 clan arrangement. Thus, individuals do not comply with any party policy or line of thinking when voting or partaking in parliamentary deliberations.

Opposition back to the limelight

Peaceful opposition came back into play in Hassan Sheikh Mohamud’s government although legally organized political parties were not in place. Individual members of the parliament and aspirant politicians outside the system tried to highlight mistakes of the government and criticise its national and overseas policies.

A major focus of non-partisan opposition was on achieving narrow interests, such as nominations to ministerial portfolios, foreign missions, providing scholarships for children and so on. Therefore, if the opposition needs and personal demands are secured by the ruling clique in one way or another, they will switch to stiff loyalty to the government without regard to ideology or national interest.

The non-partisan opposition individuals under the former Hassan Sheikh government were generally allowed to convene at gatherings in hotels in Mogadishu. They could call the press without seeking permission from the concerned authorities and even issue statements that criticised the sitting president without fear of imprisonment or their barring from subsequently accessing those venues.

However, during regional presidential elections, the government through its security apparatus harassed rival candidates and their campaign teams in a bid to discourage them from running against their favoured candidate. The federal government manipulated these processes and impeded opposition candidates and their campaign teams’ movements. They aimed to convince parliamentarians to allow their favoured candidates to emerge victorious.

The administration also constrained the freedom of the opposition ahead the last parliamentary and presidential elections in late 2016. But use of violent force to deter and silence opposition and critics was a rare approach (in the face of Al-Shabaab’s armed opposition), rather co-opting rivals was the government’s standard operating method.

Opposition under the incumbent administration

The political space under the current administration of President Farmaajo is dwindling and opposition is in a worrying condition due to the government’s harsh dealing with dissidents and critics. This administration does not seem tolerant to opponents’ criticism about how public policies are adopted and implemented in domestic regional and international politics. It has treated opposition violently in some circumstances. It is the responsibility of the incumbent to listen to opponents thoughtfully and respond to the public honestly.

So far the government has employed coercive means to silence and overcome the harsh criticisms on its performance from the opposition. The house of an opposition leader was attacked; two MPs were attempted to deprive their immunity over treason charges; and hotels were told to obtain permission before hosting public gatherings. These decisions and actions were seen by many as undemocratic moves.

In contrast, current opposition is for the sake of opposition and many are little better than those they criticise. That is, they spend most of their time piling criticisms on the government using the media, particularly social media. They spread hate and inflammatory speech against their archenemy, the ruling clique, and distort the events for their advantage, sometimes evoking clan hatred. Equally important, they are unable to table alternative paths to that of the government to prove to the electorate they are trustworthy to operate the state machinery.

Against this backdrop, I contend that using a confrontational rather consensual approach towards the opposition will likely yield devastating results for the country. Instead the opposition should be seen as legitimate partner in the machinery of the state that can work collectively in promoting the national interest.

Keeping in the mind the Somalia’s 21 year experience of dictatorship and ensuing inter and intra-clan strife, the country is in dire need for inclusive, accommodating and consensus-based politics that bring all stakeholders on board. Needless to say, this will help spare the country from the recurrent political infighting, disqualify false opposition claims and cement national unity.

The country can be steered away from confrontational politics if two factors are reconciled: tolerant government, which respects differing views, on one hand and responsible opposition, on the other hand, which gives greater prominence to national cohesion while pursuing their legitimate right to expose and oppose a government in power.

A tolerant government comes to power through democratic practices, adheres vehemently to rules that govern the land, permits divergence of opinions,  is transparent in its dealings pertaining to common issues, and engages in public debates to seek support for controversial decisions it may adopt to prevent any suspicion. The leaders of the government should acknowledge the fact that they are not above criticism and liable to mistakes. Otherwise they seem to be demigods, which are sacred and no one will dare criticise them.

Constructive and responsible opposition is a safeguard against dictatorial tendencies by the ruling elites anywhere. Somalia does not have such opposition at this time. It is doubtless that our pseudo-opposition individuals are opportunistic, devoid of any concrete principles and morals, easily co-opted, react to events, and view politics as a conduit to gain wealth, instead of as being appropriate vehicle to advance issues and policies that transform the lives of the desperate population.

Again, responsible opposition should expose the weaknesses of a government in power, uncover misuse of power, resources, corrupt behaviours and advance policies that are credible alternative to that pursued by those in power. All this should take place with sincere regard to the rules and norms regulating the game.

Likewise, responsible opposition requires harnessing reasoned debate on public issues drawing on objective and honest research and scrutiny to solidify their claims rather than screaming. Also they have to applaud anything good the government achieves. This does not necessarily demean or lower public respect in them but instead builds up public trust in their role, and helps portray them as eligible for the country’s future leadership. Additionally, they should be bold enough to concur with the government on specific issues such as sovereignty and unity, and show their wholehearted solidarity because true nationalist leaders come out under such fateful situations.

Also, the opposition should refrain from inappropriately or falsely slandering the sitting national leaders. This has a detrimental effect on the opposition’s image as it epitomise them as trivial and pointless and distracts the appeal of the populace to their argument and efforts directed toward gaining ground in the political market place.

Finally, in post conflict settings, civil and political liberties are respected to fend off from any likelihood to relapse to the horrific experiences of the past. So, it is indispensable and imperative to have tolerant government and responsible opposition in Somalia working side by side within the confines of the law to help cultivate genuine reconciliation process to root out the root cause of Somali conflict, which in turn paves the way for installing stable and effective government that is capable of delivering its entrusted obligations. 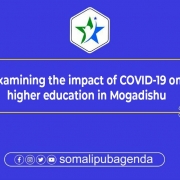 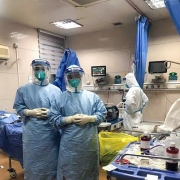 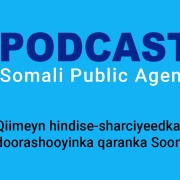 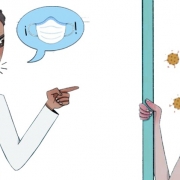 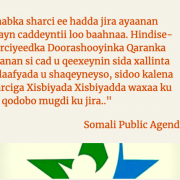