On 29 December 2020, the Somali Federal Parliament (two days after its constitutional mandate ended on 27 December) approved the 2021 federal government budget. The total budget appropriated for the 2021 fiscal year is $671 million. This is a significant $195 million increase from last year’s $476 million, which itself was a $132 million increase of 2019’s $344 million fiscal budget.

The theme of this year’s budget is ‘financing the national development plan’. The expected domestic revenue is $260.1 million that will be generated mainly from tax on income, profits, goods and services, and international trade and transactions. This means that the government expects to increase the government revenue to $70.2 million. Last year, the budgeted domestic revenue was $189.9 million.

A total of $411.7 million donor revenue coming from bilateral ($170.9 million) and multilateral ($240.8 million) sources is expected to complement the domestic revenue. This accounts for a whopping $257.4 million increase in the donor revenue from last year’s $154.3 million. This means that the government covers only 38.7% of the annual budget while the remaining 61.3% will be covered by international donors. Despite the theme ‘financing the national development plan’, the budget clearly illustrates the dependence on budgetary support from other countries and international organizations in implementing Somalia’s National Development Plan. Although the budget reached over half a billion for the first time, the increase reflects the increased bilateral and multilateral pledges.

Notwithstanding an encouraging budget increase in the past few years, it is not known if the appropriated budgets were used as planned. The federal government budget was not closed since 2018, and there is a lack of transparency on how the budget was used.

Budget for defense and security institutions

Of the $68.1 million budget for security, $1.9 million goes to the Ministry of National Security, almost similar to its $1.8 million budget for 2020. The remaining budget goes to other national security institutions including the Police ($44.1 million) NISA ($17.5 million), and the Immigration Department ($4.6 million).

As per the 2021 budget, close to a quarter ($163.8 million or 24.4 percent) of the 2021 budget is appropriated for spending on security. Despite this, security remains one of the main challenges in Somalia. Although most of the security budget is expected to be paid through bilateral and multilateral budgetary support, it is not clear how the significant budget for security and defense in the last few years contributes to the overall security of the country.

The 2021 federal government budget allocates $109 million for social services. This accounts for 16.2 percent of the overall budget. It is a significant increase that should be commended compared to the past. In 2020, the social services budget was $64.5 million, which means a whopping $44.5 million was increased to social services. Two years ago, in 2019, the budget appropriated for all social service ministries was a mere $26.4 million.

One reason for the budget increase is the Covid-19 pandemic. As such, a significant portion of the social service budget ($33.6 million), which is almost 31 percent of the entire social service budget, goes to the Ministry of Health ($8.9 million) and health-related projects $(24.7 million). Last year, the budget for the entire health sector was a mere $9.4 million (before the Covid-19 pandemic reached Somalia), but when the budget was revised in mid-2020, it was increased to $31.9 million (a $22.4 million increase). Despite this increased budget for healthcare, the Covid-19 response and other healthcare facilities in Somalia remain weak.

The education sector receives the third largest portion of the social service budget ($29.1 million). The budget was allocated to the Ministry of Education, Culture and Higher Education ($10.5 million), education projects ($7.7 million), Somali National University ($8.3 million), Somali Academy of Science and Arts ($1.1 million), and the Intergovernmental Academy of Somali Language ($1.4 million). Although the overall education budget was increased to around $8 million, the budget for the Ministry of Education was reduced from $15.1 million in 2020 to $10.5 million in 2021. The reason could be the fact that the Ministry handed over the management of the 24 public schools in Mogadishu to the Benadir Regional Administration (BRA). The Somali National University budget experienced a whopping increase from $4.9 million in 2020 to $8.3 million in 2021 ($3.4 million increase). A significant portion ($7.7 million) was allocated to education projects, which had no budget item in the past. It is not clear (at least from the budget) what these projects are and who will implement them. Another notable detail in the education budget is that for the first time the budget for the Somali Academy of Science and Arts (which was $646,271 in 2020) and the Intergovernmental Academy of Somali Language (which was $328,060 in 2020) reached over one million.

The labor and social affairs budget receives a staggering $44.6 million budget in 2021. This is a $12.1 million increase from last year’s $32.5 million budget. The Ministry of Labor and Social Affairs receives a mere $1.7 million (or less than 4 percent) of the budget. Over 96 percent (or $42.9 million) goes to Baxnaano Project (also known as Shock Responsive Safety Net for Human Capital Project). Funded through the pre-arrears clearance grant from the International Development Association (IDA) of the World Bank as part of the National Social Protection Policy, the Baxnaano project implementation is led by the Ministry of Labor and Social Affairs (MoLSA) and aims to “provide cash transfers to targeted poor and vulnerable households and establish the key building blocks of a national shock-responsive safety net system”. The project also expects to do a social registry of approximately 200,000 poor and vulnerable households (about 1.2 million individuals) who are projected to benefit from the project.

The budget appropriated for the Ministry of Women and Human Rights ($990,644), including the Somali Disability Agency, and the Ministry of Youth and Sports ($675,436), indicates that youth and women ministries remain under-funded.

Although the total budget for economic development was increased, the domestic revenue generation remains low (due to mainly security and capacity challenges) and the key economic sectors such as agriculture, livestock, and fisheries remain under-funded and less prioritized.

That said, the budget for 2018 and 2019 (2020 budget to be closed by 30 June 2021) has not yet been closed by the federal parliament, and there is no clarity on whether the appropriated budget was used as planned. The Somali Public Agenda has been publishing reviews of the FGS budget for the last four years. However apart from analyzing how the budget was allocated to the different government institutions – which helps us and citizens better understand the government priorities – we don’t actually know whether the budgets were implemented as planned or not. Enhancing accountability and transparency should be prioritized. 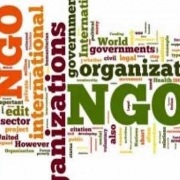 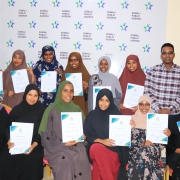 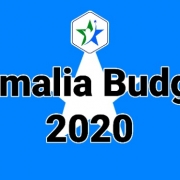 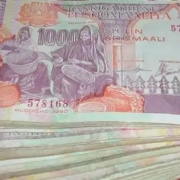 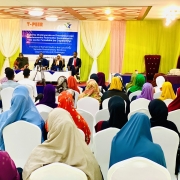 Somalia’s Electoral Conundrum: An Alternative to the Mogadishu Model
Scroll to top